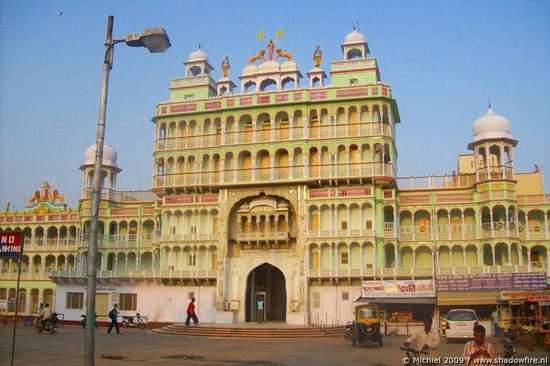 The history of Jhunjhunu goes back to the Vikram Era. It was then ruled by the kings of Chauhan dynasty. Later on it came under Muslim rule. In 1450, Mohammed Khan & his son Samas Khan defeated the Chauhans and conquered Jhunjhunu. The reign changed hands once again in 1730 when Thakur Shardul Singh usurped the throne defeating the Khans. Their reign continued until India became independent and Jhunjhunu became a part of free India.Legend ascribes the origin of Jhunjhunu, Rajasthan to a mythological King Putraka who created Jhunjhunu, Rajasthan by magic for his queen Patali, literally Trumpet flower, which gives it its ancient name Pataligrama. It is said that in honour of the first born to the queen, the city was named Pataliputra. Gram is the Sanskrit for village and Putra means son.It is said that the town was named in the memory of a Jat leader called Jhunjha or Jujhar Singh Nehra. We do not exactly know when that happened. But mention of this name has been found in many 15th century Digambara texts.

Jhunjhunu, located in the Shekhawati region of Rajasthan, is the administrative headquarters of Jhunjhunu district. The town is famous not only for its illustrious sons who have established financial empires all over the country, but also for its many places of tourist interest. Rani Sati Mandir is a famous landmark of this town.
Jhunjhunu, located at 29°6′ North and 75°25′ East, has a total area of 9.64 Sq Km. Just as in rest of Shekhawati, the area around the town is semi arid and it does not have any rivers or lakes nearby. The people here have to depend totally on underground water. However, of late, people have started rainwater harvesting. The harvested rainwater is stored in tanks to be used as drinking water throughout the year.

However, the monsoon is short here. It generally rains in July and August only. Another peculiar point about this Shekhawati region is that, it rains less than usual in every third year and every eighth year the region faces a famine like situation. Moreover, the summers are truly hot here with temperature reaching up to 50 °C. Contrarily, the winters are very cold in Jhunjhunu with temperature reaching as low as 0 °C or even lower.

Economy in Jhunjhunu is mainly based on business and trading. In fact, the city has a long tradition of business. It flourished under the patronage of Thakur Shardul Singh. Businessmen of this town had built many havelis as well as temples and palaces. Today, these have become places of tourist interest.

Jhunjhunu located at the junction of Rajasthan State Highway 8 and 41, has many places of tourist interest. Following is a list of places the tourists may find interesting: